Hello fellow bloggers…..!
This is my first blog….. second blog!

I have one at bloggers.com. Though this is still up, I have removed the link! This website might just be a little more user friendly as it is laid out very similarly to a word document. So I will blog here for a while. To those of you new to my blog, this site will mainly be about

Many people have asked me what is my desire to visit such a place when so little is known about it. My fascination with the country started way back in 2001. I was working for company called Starbucks, and acquired a few good Korean friends then.

I explored the country through their eyes and became more familiar with its customs when I lived with Koreans and was the only non Korean person in the flat share. This was in 2005. My love for the country flourished and I was hit by a bug that was inescapable… I had to visit. My visit to Korea came about in 2007 April, when I went to see my friend Eunjung in Busan. By this time I had became fascinated by this country. Especially in the following areas

So much is known about Japan and China and Thailand to name but a few countries. But little about Korea.   When I walked into book shops expecting to see travel journals or books.. all I could find was a lonely planet guide at best. This still rings true.  Imagine my surprise though when recently browsing in my local books etc in Finchely, I stumbled across ‘Meeting Mr Kim; or how I went to Korea and learned to love Kimchi’ by Jennifer Barclay. (see cover below)

Its about Barclays’ journey to the land of Korea and documenting her 3 months worth of travel around the country. Its a fun and light hearted take on Korea. It certainly gives you a taster and insight into a country shrouded in mystery.  Barclay manages to recount her personal and wacky experiences and infuse it  with snippets of the history. Although there is hardly anything written on Busan; the city I became more acquainted with during my travel to Korea. So I was slightly disappointed.  A more serious and detailed history on the Country comes in the form of Simon Winchesters’s Korea; a walk through the land of miracles. Although slightly dated Winchester attempts to follow the route of members of the Sparrowhawk.

On 16 August 1653 the Dutch ship ” de Sperwer ” ( Sparrowhawk) shipwrecked off the coast of Chejudo. Only 36 sailors survived the tragedy. One of them was the Dutchman Hendrik Hamel from the city Gorinchem.Thirteen years later Hamel together with 7 other sailors managed to escape and finally returned to the Netherlands. Upon his return he wrote a journal about his stay in Korea which soon was translated into several languages. This journal was the first written document on Korea ever published in Europe, and it was also the first time the West learnt more about the Korean society and its culture. Hamel’s arrival also symbolizes the beginning of the Korea-Netherlands relations.
Taken from http://www.hamelyear.com/home.php

I will write up a more extensive list on books available about Korea for purchase here in the UK; or though the wonderful world wide web that I have read and recommend. I shall also mention books that I have in my possession but have not read completely.

Many people tend to go to various places to travel. I desire to return to Korea; not to teach English, but to travel around there for a few months and attempt to write my version and view of this country.

If our lives are dominated by a search for happiness, then perhaps few activities reveal as much about the dynamics of this quest – in all its ardour and paradoxes – than our travels. They express, however inarticulately, an understanding of what life might be about, outside the constraints of work and the struggle for survival.

We travel to explore to find out to perhaps make meaning of an otherwise senseless meaningless life. I want to  find out what more about this lesser known Country… and  continue to do so. This blog is an unfolding narrative about Korea and my discovery of it.

My main aim was to go to the land of the morning calm and live for a year and teach English, Unfortunately, I have hit a few snags along the way and although have decided against teaching in a public school or private for the time being (for reasons which I won’t document just yet) I will keep you posted of my intended journey where I aim to live for a few months and just travel around.

This so called journey should take place around December January time. Until then I shall keep you posted with various fascinating facts about Korea told in my own quirky style.

Toodles for now. (pic of me in Korea; Starbucks Seoul in Insadong) 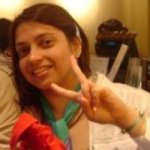 2 thoughts on “Welcome to my Korean Wonderland…”