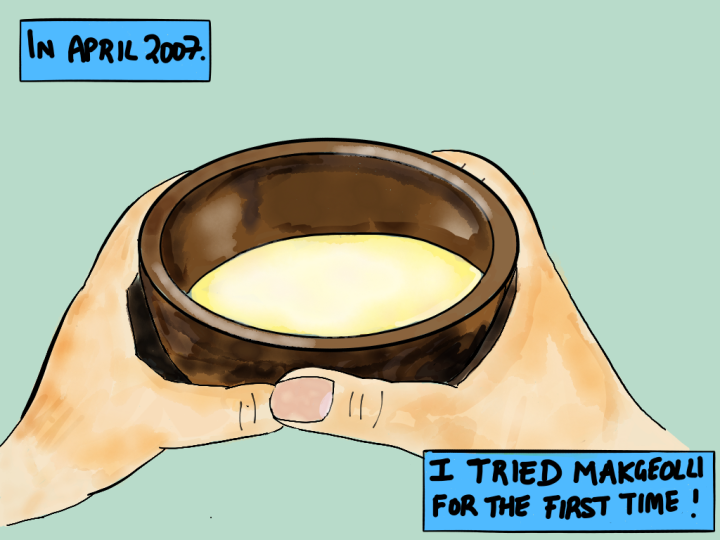 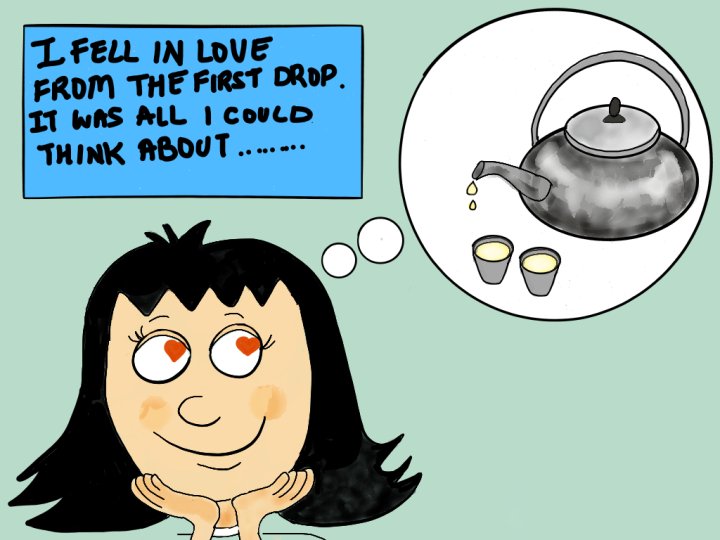 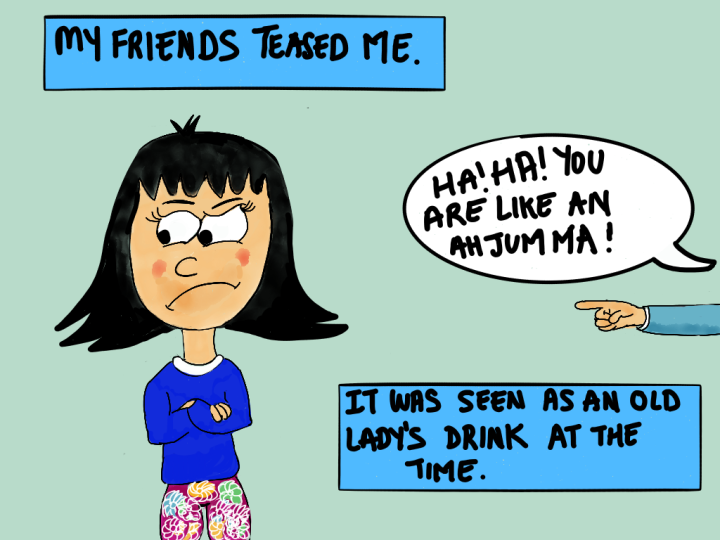 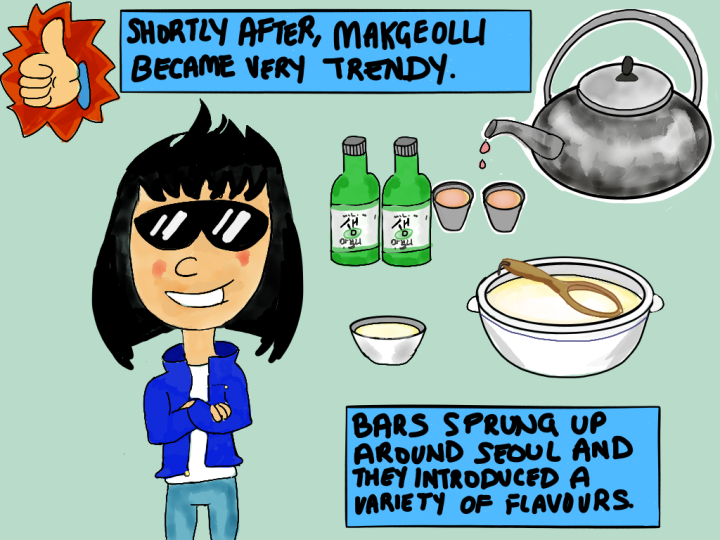 Makgeolli or Makkoli is a slightly sweet alchoholic beverage. It is a  traditional Korean  rice wine, probably the oldest drink in its history with a 6 – 7% alcohol content. It is naturally fermented and unfiltered which gives it its milky white color and makes it chalky at the bottom. The word makgeolli or makkoli means ‘undistilled alchohol’ or ‘alchohol that is drunk straight away’. It has a lot of  lactobacilli, or lactic acid and dietary fiber.  It is a probiotic, which means it’s good for digestion and bolsters the immune system. It has long been considered a healthy form of alchohol.  It was favored among farmers and the working class in the olden days, especially because it was a filling substitute for food at a time when it wasn’t plentiful.

I really like 막걸리 when tried it for the first time 2007. This was my first visit to Korea and  I am still a fan, ten years later. I remember my friends took me to the Hanok village in Seoul where I had this. You always remember your first!

My friend, did make fun of me afterwards as I fell head over heels for the drink. As I had mentioned it was favoured amongst the farmers, and seen as an older woman’s drink. Similar to that of Sherry  (Which I also like! Hmm…maybe I do have old lady tastes!) However shortly after 2007 (I would like to think I was somewhat responsible) it became very popular and Makgeolli bars popped up around Seoul.

When I went to Seoul, Korea in 2010 to undergo a three week language learning course at Yonsei University. My friend took me to a Makgeolli bar (a picture of me above) This was about the time the popularity started.

I should explain a little more about the term ahjumma. It is a respectful Korean word for an aged married woman.  It comes from the Korean word Ajumeoni (Korean: 아주머니). Usually woman in this category tend to have very distinct features. Like short curly black hair and wear floral comfortable pants and a visor! Not that I have short curly hair or have a visor  or really  qualify for this  –  I do like their pants though! My friend constantly teases me about having ahjumma like tastes though. Yes it is the same friend that called me a ‘Grandmother’ or ‘Halmoni’ in this cartoon.