I did mention in an earlier post that I had another blog, one that I would cease updating. It seems that the blog has been accepted onto the Korean Blog List.  So after carefully considering some design comments re both the sites, I have decided to keep both. The adventures of Countess in Corea will focus on exactly this, my adventures in the land of the morning calm. This blog shall be mostly about the Korean customs and cultures that I have come to know about. 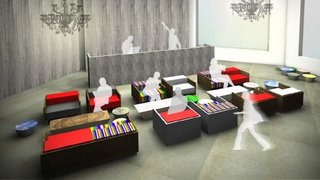 This week, I shall focus on my adventure and  discovery of the Korean Cultural Centre situated at Trafalgar Sqauare. This is a fairly new place, having just opened in January ’08. A few of my Korean friends living here did not know of its existence until I pointed it out to them.   Of its opening, the ambassador, Dr. Cho, Yoon-Je, says

The Centre represents an opportunity to fuse the rich traditions and contemporary dynaism of Korean Culture into an events programme that we hope will delight and inform UK audiences. We look forward to sharing our cultural past and present in a spirit of gratitude and respect, celebrating our heritage and consolidating a strong and purposeful cultural relationship with Great Britain.

Thanks to the book Meeting Mr Kim by Jennifer Barclay, I only recently came to know of its existence as well. The address; Korean Cultural Centre Uk, Ground Floor, Grand Builings, 1 Northumberland Avenure, WC2N  5EJ. It has a library facility, reference only I am afraid where there are books in English on Korean culture, as well as in Korean. It even boosts translated works of famous Korean authors, which are hard to find in the UK. There is also a multimedia centre, where you can surf the internet and watch Korean films on Samsung TVs and DVD players. Also included; an art gallery, lecture hall, and a theatre cultural lounge. Phew!

I first went there on the 19th August 2008, to hear Lucien Browns lecture on Korean Honorifics. Lucien is a lecturer at SOAS university and is also leading the learners at the Korean classes at KCC! I learned about the classes much later when it had already begun! It was therefore too late to join the class.   It was a fascinating lecture by Lucien, who has a great pronunciation of the Korean language (well much better than I). Not that I am an expert just yet on the language! I visited again,  a few days  after to join the library and the very next day I decided to make use of the multimedia facility and watch the film April Snow.

Starring Bae Yong Joon and Son Ye-jin, its quite a tragic story where two individuals meet under difficult circumstances and develop an attraction and need for each other.  It has echoes of the US movie Random Hearts (1999). Yet it develops its own unique narrative. I was not overtly impressed by the story line, although it did fair much better abroad than Korea when it made its box office debut in 2005. It does have a certain tenderness with the two lead characters. I did wish that the lead characters would lash out in some way against their partners, but they acted quite respectful and dignified. Which I found deeply moving. I would give it an overall 6 star rating (out of ten) Am looking forward to going back and seeking out other films. No more do I have to trace the shelves of HMV or Zavvi looking for something other than Korean horror!

One thought on “Another blog……”